SPRING LAKE, N.J., Feb. 27, 2020 /PRNewswire/ — “It took me almost 64 years of my life, but I finally met Superman,” said Grandich. “Eric LeGrand goes way past just simply being able to leap tall buildings or being faster than a speeding bullet. He is the ultimate example of turning adversity into opportunity. To say I am honored to have him join us would be an understatement. I so much look forward to soaking up his energy and drive to better himself and all those who end up with the privilege to cross paths with this outstanding young man.” 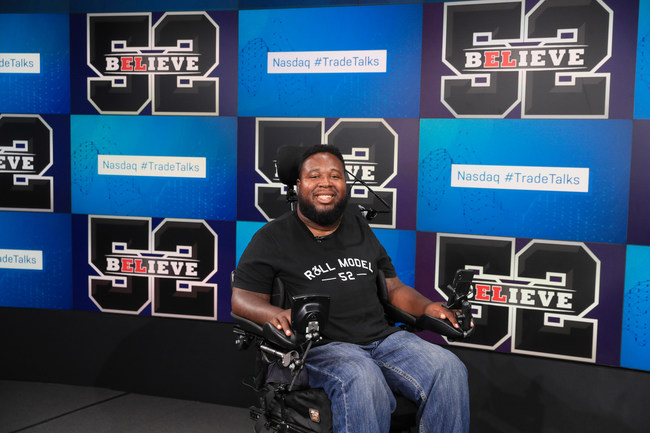 Since his injury, Eric LeGrand has become a motivational speaker, entrepreneur, sports analyst, author and philanthropist. 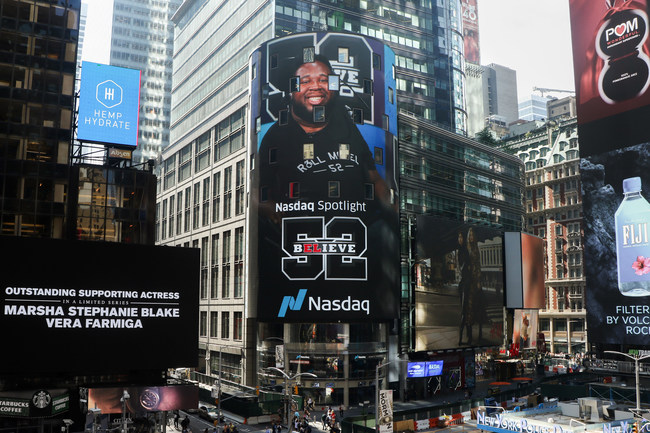 Eric LeGrand has been featured multiple times outside the NASDAQ Building in Times Square.

On October 16, 2010, LeGrand suffered a C3 and C4 injury while playing football for Rutgers University, leaving him paralyzed from the neck down. First told by doctors that he would never breathe again without the help of a respirator, he was already breathing on his own by January 2011. He had also regained movement in his shoulders and sensation throughout his body. Aggressively pushing through his physical rehabilitation, he vowed to walk again and has since developed numerous philanthropic initiatives to raise funds for spinal cord injury research.

“I am excited to join the Trinity Advisory Board of Peter Grandich and Company,” said LeGrand. “There are so many well-known athletes and celebrities on the Advisory Board, and I take great pleasure in now being included among this group. I have heard so many great things about Peter Grandich from a variety of people, and I really look forward to working together with him through this and other initiatives.”

Professionally, LeGrand has stayed close to football by working as a broadcaster and analyst, and he achieved his NFL dream when Rutgers Football and then Tampa Bay Buccaneers head coach Greg Schiano signed him with the final roster spot of the Bucs in 2012. Additionally, he continues to show an impressive business acumen as an entrepreneur and has worked as a spokesperson for a variety of international brands. Also, a highly sought-after motivational speaker, LeGrand has seen his no. 52 retired by Rutgers, received the ESPYs Jimmy V Award and was inducted into the World Wrestling Entertainment Hall of Fame.

Team LeGrand was established in 2013, with proceeds going towards research to find a cure for paralysis and to help people with spinal cord injuries. LeGrand has used his national platform to lead Team LeGrand in raising more than $1M for the Christopher & Dana Reeve Foundation.

Since his injury, LeGrand has shown the world that obstacles can be transformed into opportunities, and he will continue to drive this message forward until he reaches his ultimate goal of returning to MetLife Stadium and finishing that last play. To him, it is not matter of if he walks again but rather when.

To learn more about Peter Grandich and Company, visit PeterGrandich.com.