Panera Bread is the latest tenant signed by R.J. Brunelli & Co. for The Park at Hamburg, a center now under development in Wayne, N.J. The 50,150-sq.-ft. center is expected to be 100% pre-leased upon opening in the 2nd quarter of 2020. Anchors will include a specialty grocery store and Learning Care Group. RJBCO is exclusive leasing agent for the center. 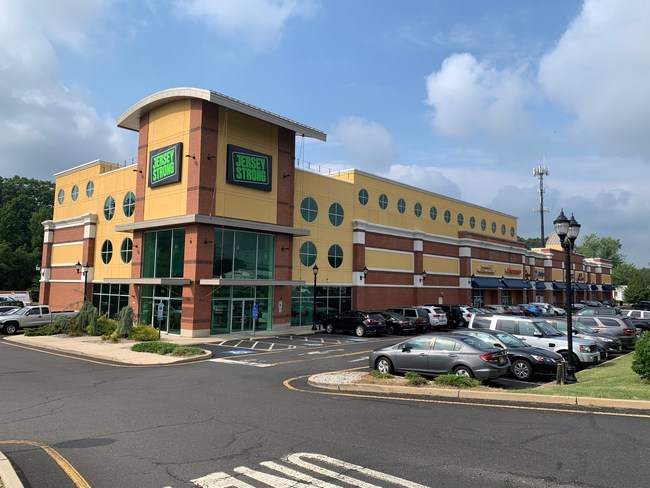 With the addition of Bright Vision Optical, Jersey Strong Plaza in Robbinsville, N.J. is now 100%-leased. RJBCO is exclusive leasing agent for the 65,500-sq.-ft. center on Rte. 130.

The Old Bridge-based retail real estate brokerage’s activity was led by six new leases for Dollar Tree Corporation, including five for its namesake brand and one for its Family Dollar banner. R.J. Brunelli serves as exclusive real estate representative for Dollar Tree statewide, assisting in the company’s new store growth, as well as expansions and relocations of existing stores for both the Dollar Tree and Family Dollar banners.

In a notable northern New Jersey transaction, R.J. Brunelli brokered leases for a side-by-side Family Dollar and Dollar Tree at 514 Van Houten Ave. in Passaic, where the two chains will occupy a total of 20,194 square feet in the former Gala Foods space (originally a Pathmark supermarket). Dollar Tree leased 11,000 square feet, while Family Dollar took 9,194 square feet. Both are expected to open in the first quarter of 2020.

Further north, Dollar Tree opened in July in an 11,847-square-foot endcap location at Hampton Plaza on Hampton House Rd. in Newton. The chain took over the former Rite Aid space at the 130,000-square-foot center, whose anchors include Bed, Bath & Beyond, Staples and A.C. Moore.

Elsewhere in the southern region, Dollar Tree is scheduled to debut in the fourth quarter in a 9,719- square-foot inline space at the Cherry Hill Shopping Center on Church Rd. in Cherry Hill. Located across from the Cherry Hill Mall, the 178,000-square-foot center is anchored by At Home and Big Lots. Dollar Tree is absorbing a combined space that previously housed K&G Menswear, Life Uniforms and a salon.

Additionally, the chain expects to open in early November in a 9,765-square-foot inline space in Airport Plaza, located at 7945-49 South Crescent Blvd. (Rte. 130) in Pennsauken. Dollar Tree will join Rent-A-Center and other retailers in the 34,725-square-foot property, taking over a former Dollar Value space and two adjoining vacant units.

Meanwhile, in Union County, Senior Sales Associate Alan Gott brokered the sale of a 30,000-square-foot building at 165 E. Front St. in downtown Plainfield to Paramount Assets of Newark. Located two blocks from the city’s New Jersey Transit train station, the vacant three-story retail and commercial building includes 10,000 square feet of space on each floor, plus a basement. Mr. Gott represented both Paramount and seller Abeco Management on the transaction.

In Middlesex County, the firm brokered the lease for the 24,000-square-foot Jersey Strong fitness center that just opened at Browntown Shopping Center on Rte. 516 in Old Bridge. The chain is now operating in the site’s former Club Metro gym and will also be annexing an adjacent real estate office. The expanded and fully renovated facility is expected to be unveiled in the first quarter of 2020.  Jersey Strong now co-anchors the 84,895-square-foot center with Walgreens. R.J. Brunelli represented both parties in its capacity as exclusive leasing agent for the property and exclusive tenant representative for Jersey Strong. Ms. Brunelli co-brokered the transaction with R.J. Brunelli Chairman and Principal Richard Brunelli.

Elsewhere in New Jersey, the firm represented the landlord on the lease for a 4,004-square-foot Panera Bread at The Park at Hamburg, a property now under development at 910 Hamburg Tpke.in Wayne. The chain expects to debut in Fall 2020 at the 50,150-square-foot northern New Jersey center, whose anchors will include Learning Care Group and a specialty grocery store. “We expect the center to be 100% pre-leased upon opening in the second quarter of 2020, with other signed leases to be announced soon,” noted Ms. Brunelli, whose firm serves as exclusive leasing agent for the property.  “Access to this fully approved project will be enhanced by a new traffic signal that will be placed at the site’s intersection with Valley Road.”  Curtis Nassau of Ripco represented Panera on the lease.

In another restaurant transaction handled by Ms. Brunelli, a franchisee of The Bagel Nook leased a 2,400-square-foot space at The Princeton Shopping Center, a 232,000-square-foor property located at 301 North Harrison St. in Princeton. The Freehold-based eatery’s second location is expected to open in the fourth quarter in a space previously occupied by a tile store, joining a tenant lineup that includes a McCaffrey’s supermarket, New York Sports Club and Orvis. R.J. Brunelli is a preferred broker for The Bagel Nook.

Elsewhere in Mercer County, R.J. Brunelli brokered the lease that will bring Bright Vision optical to a 1,600-square-foot space at Jersey Strong Plaza on Rte. 130 South in Robbinsville.  The shop is expected to open in mid-October. With the transaction, the 65,500-square-foot center is now 100%-leased. The firm serves as exclusive leasing agent for the property, with Mr. Gott representing the landlord on the lease.

In another Monmouth County transaction, R.J. Brunelli Sales Associate Alexis Fiore co-brokered the lease for an 1,800-square-foot TC Nails salon that is expected to open in new space in March 2020 at 1287 Rte. 35 in Middletown. Co-tenants at the 21,500-square-foot property include Mavis Tire, The Learning Experience and Dunkin’ Donuts. Ms. Fiore represented the tenant, while Patricia Amecangelo of CBRE represented the landlord.